Scholars' Lab Blog //Robocamp 2016
Blog //Robocamp 2016
By Ammon Shepherd on July 22, 2016
We migrated this website to a new platform, and are working to correct formatting errors in older blog posts as a result. If you encounter an error, please send an email to scholarslab@virginia.edu. Thanks!

I had the pleasure of spending a week with the folks in the Architecture School learning and playing with their Kuka robot (named Karl, http://www.robotsinarchitecture.org/). This was the first run of a hopefully recurring camp to introduce faculty and staff to the robot arm in the Fab-lab in the A-school. Most of the participants were A-school faculty, but there was also me from the Library, someone from the Music school’s Maker space, and someone from the Bio-engineering school (they just purchased a Kuka KL 3000, a much bigger bot). Over four days we learned how to make the robot do marvelous and wonderful tricks.

Day 1: Push some clay around.

The object of this day was to learn the basics of the software that runs the Kuka robot.

We picked a tool that we would have the robot push into the clay at a certain number of intervals. The idea being to pour plaster onto the clay to create a permanent design: 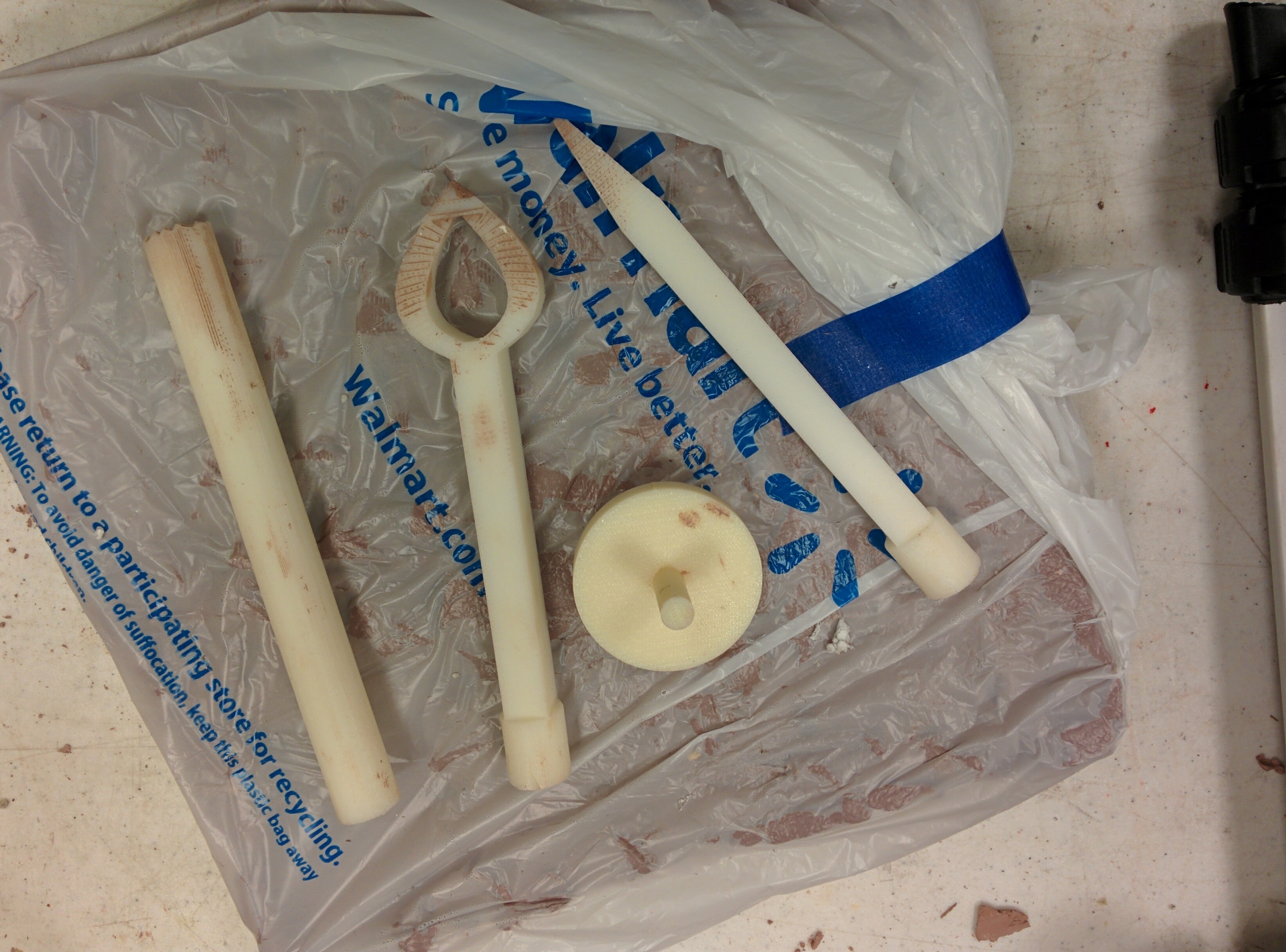 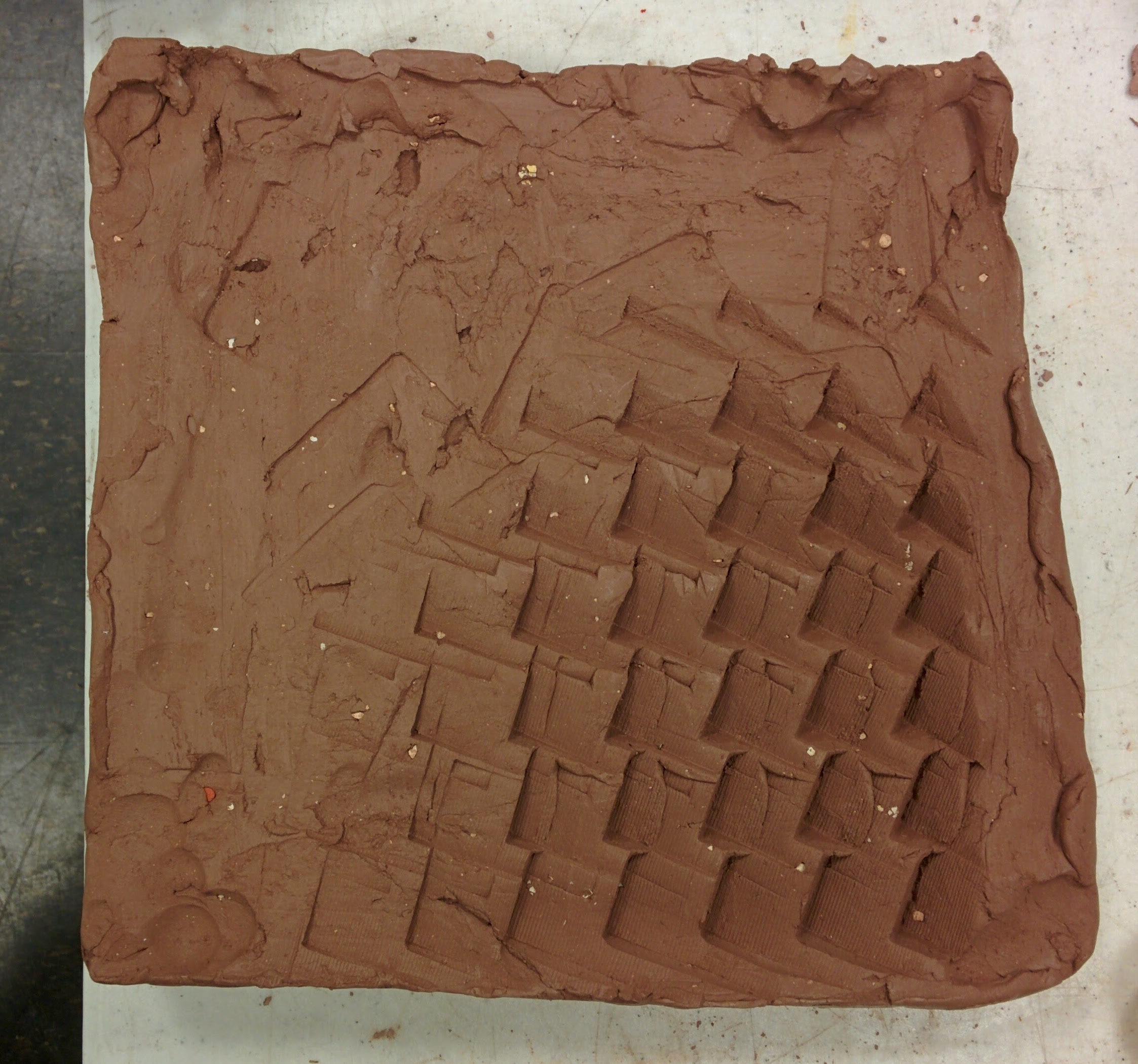 This was the most basic tool, just an extension of the arm itself, with different shapes on the end.

This day we used the robot to cut a foam block with a hot wire. We drew a line in the software that would correspond to a long vertical cut in the block. What we didn’t know at the beginning, was that after the first cut the block is rotated 90 degrees, and the cut is made again.

This produced four long pieces that could be rotated to form a column with a unique profile on each side. I wrote my name with the line, which produced this: The focus of this day was to help us think spatially. We could add twists to the curves which led to columns that were hard to mentally visualize how they would turn out. Here is a sample of the columns our group generated: 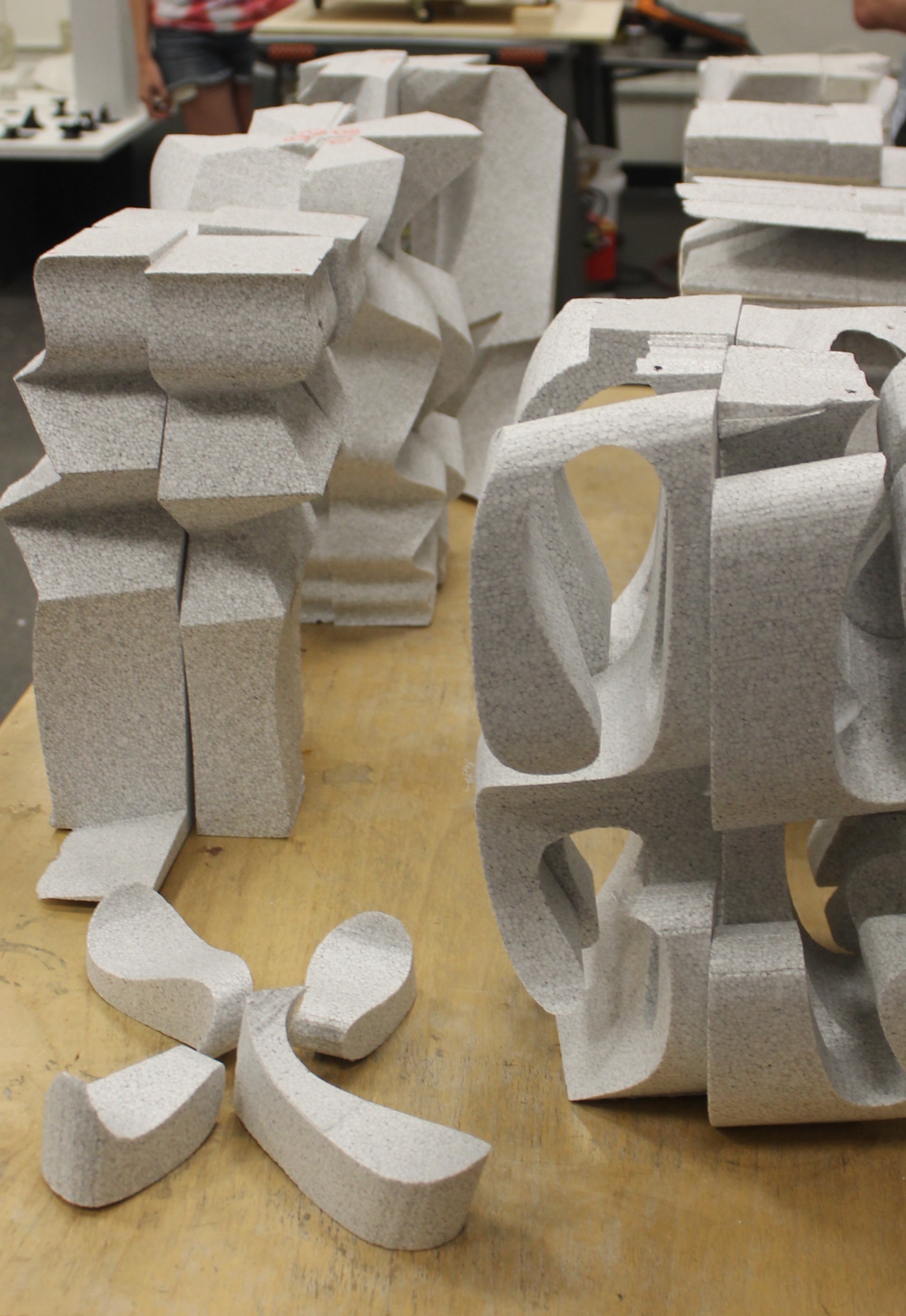 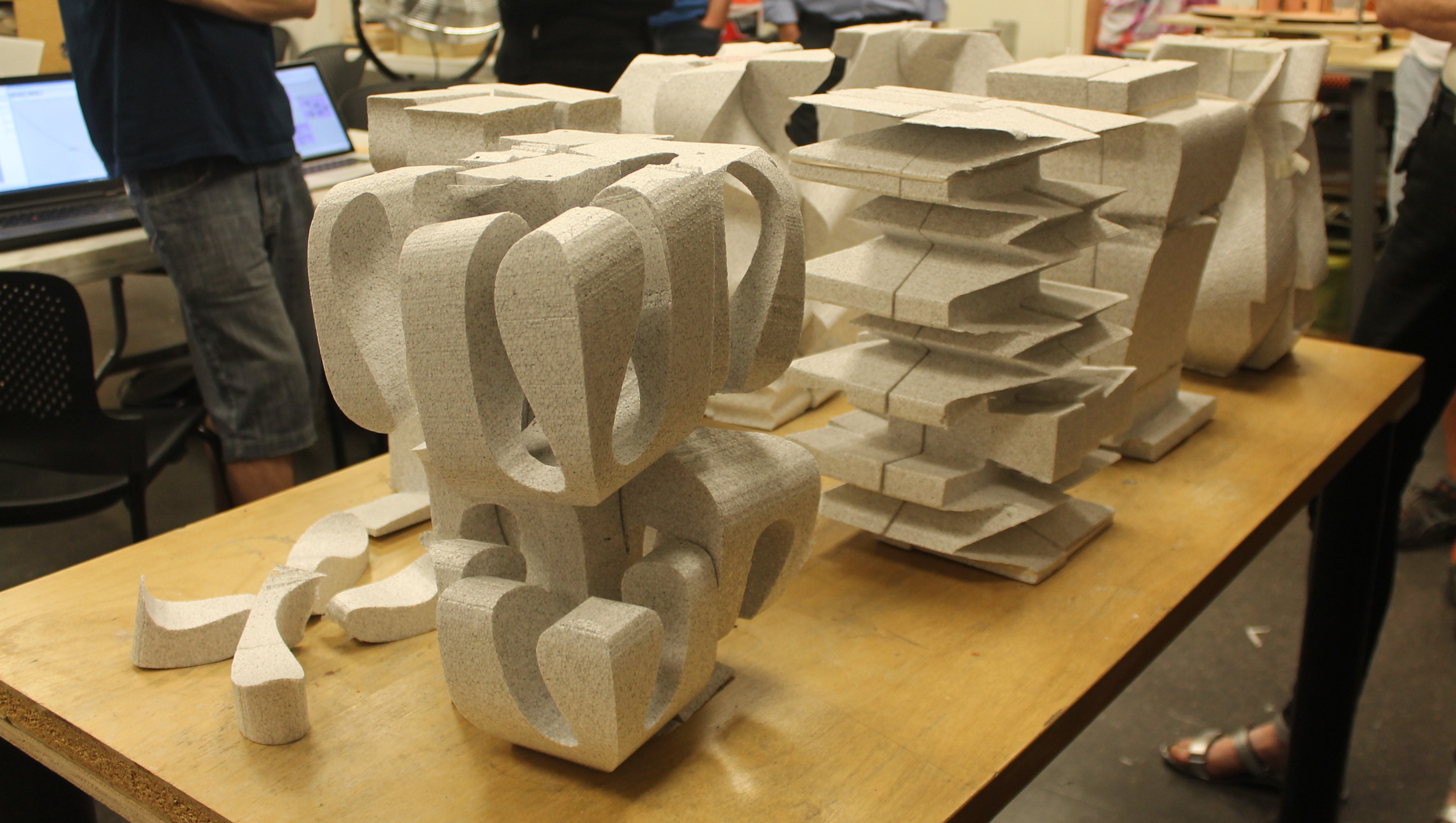 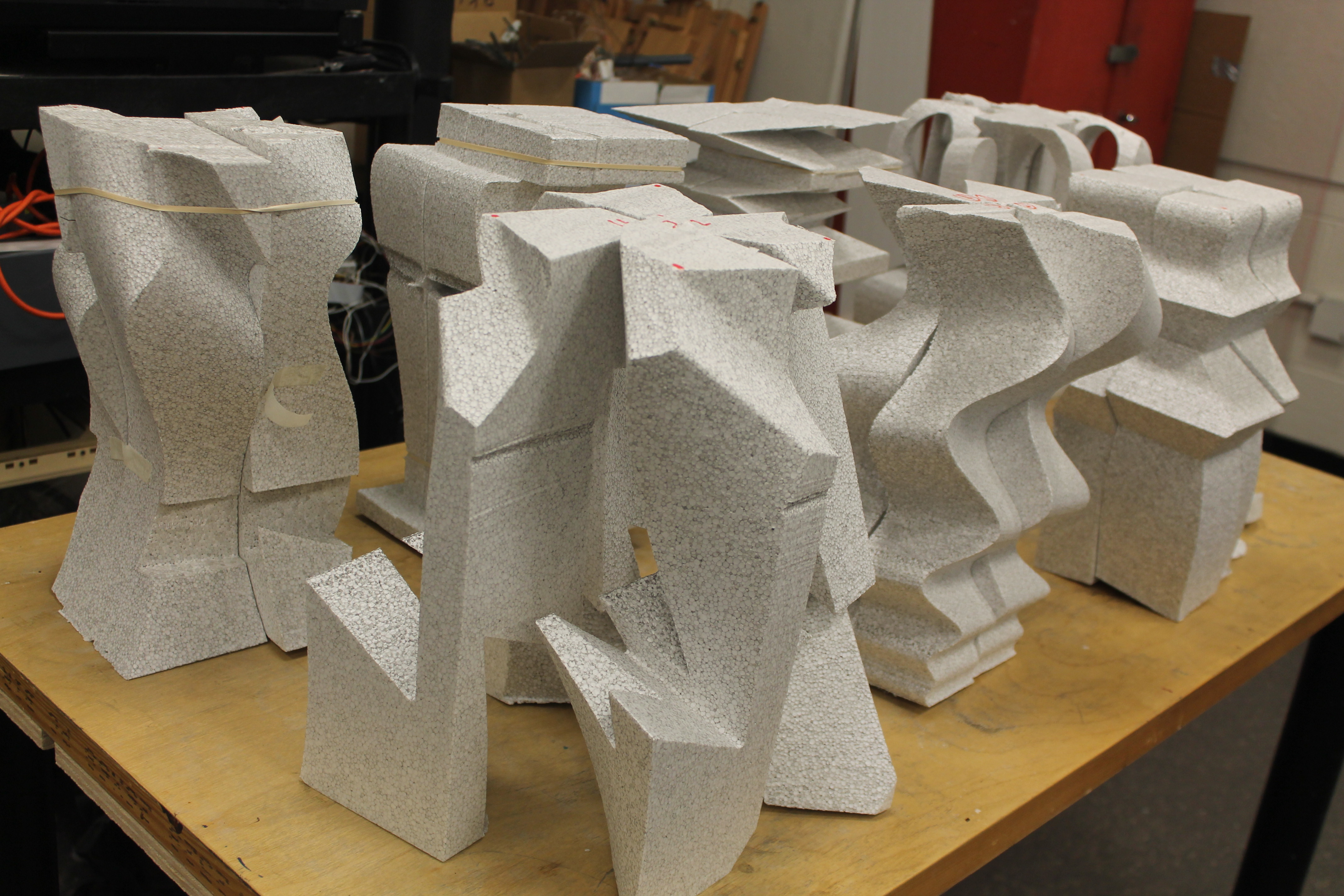 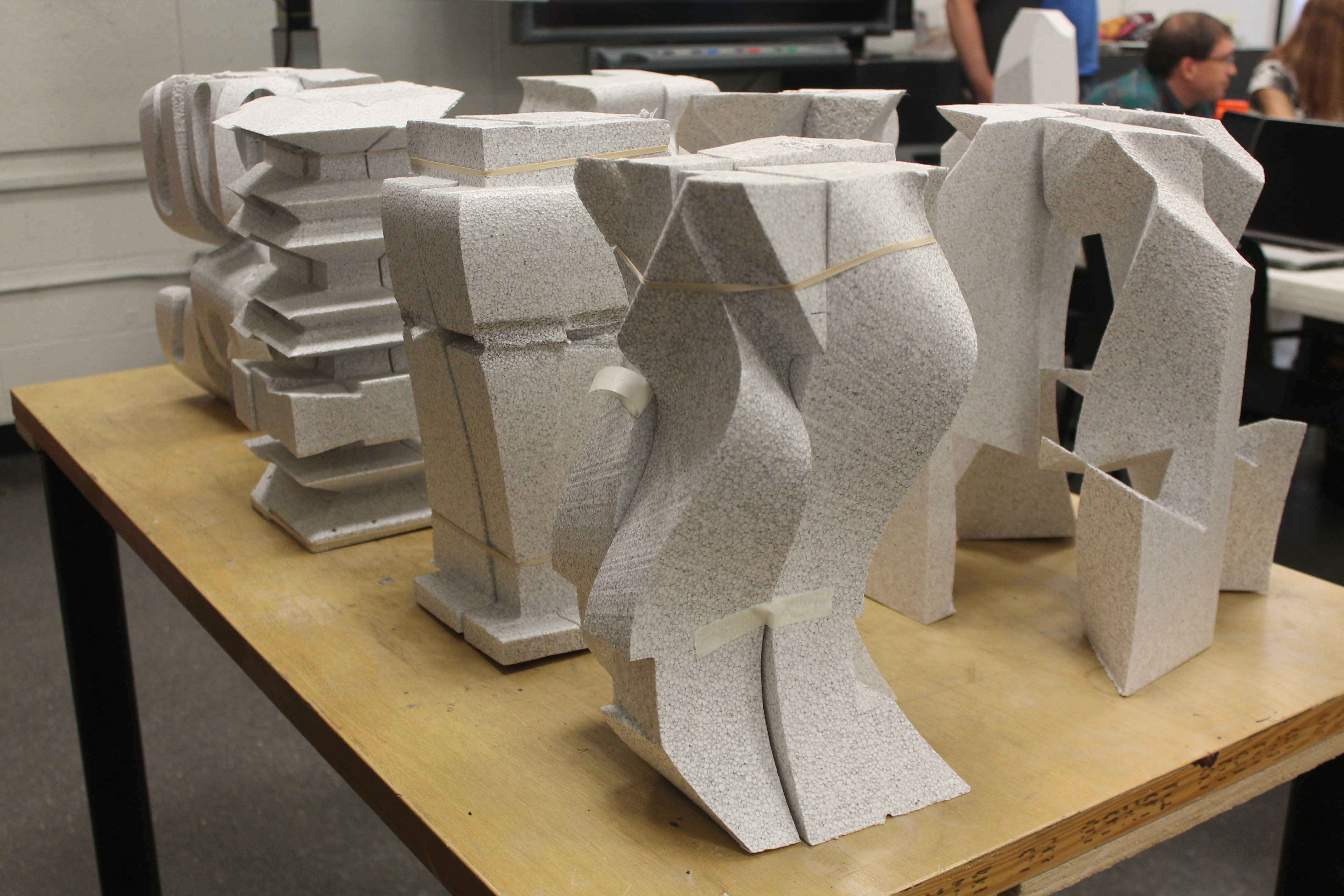 We used a little bit more sophisticated tool end this day. It was an LED light that could switch colors. We designed a shape and assigned a color to each line or curve or segment.

I didn’t get very creative on this one, but others had great ideas: 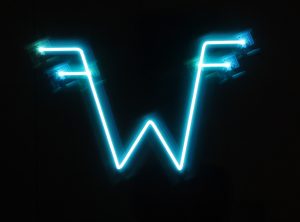 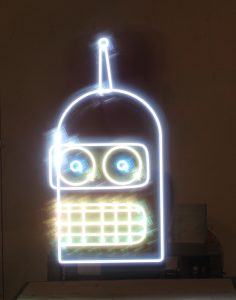 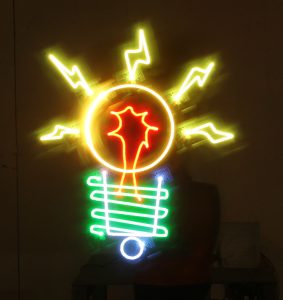 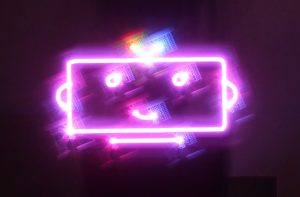 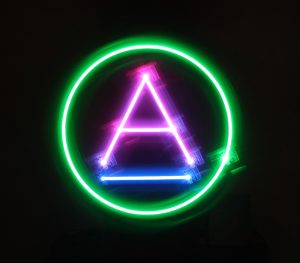 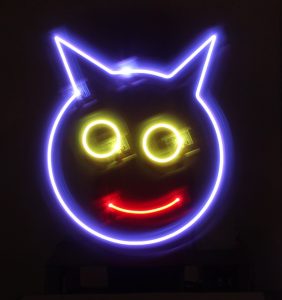 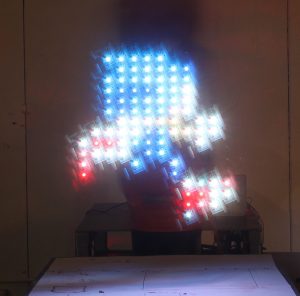 This day was a more demonstrative than hands-on. We went through the basics of how to get the robot to use a 3D pen to print filament in 3D space. Rather than limiting printing to a series of layers on top of each other, the printing can happen in true 3D space.

Finally, we sat together and discussed how robotics can and should impact our fields, and how the robo-camp went in general.

The discussion was light, and basically just touched on the following topics, or simply asked these questions. No deep discussion or trying to answer, just a quick question- and thought-dump session.

All in all it was a great experience. Mind opening and enlightening.