Please join us for presentations by our Fall 2017 DH Prototyping Fellows! During the course of their fellowships, these graduate students worked with the Scholars’ Lab R&D team to rapidly develop their project ideas and position themselves for future work in digital humanities. Their cutting-edge work draws together approaches in GIS, sound and spatial analysis, towards the creation of digitally immersive experiences. Lunch will follow. 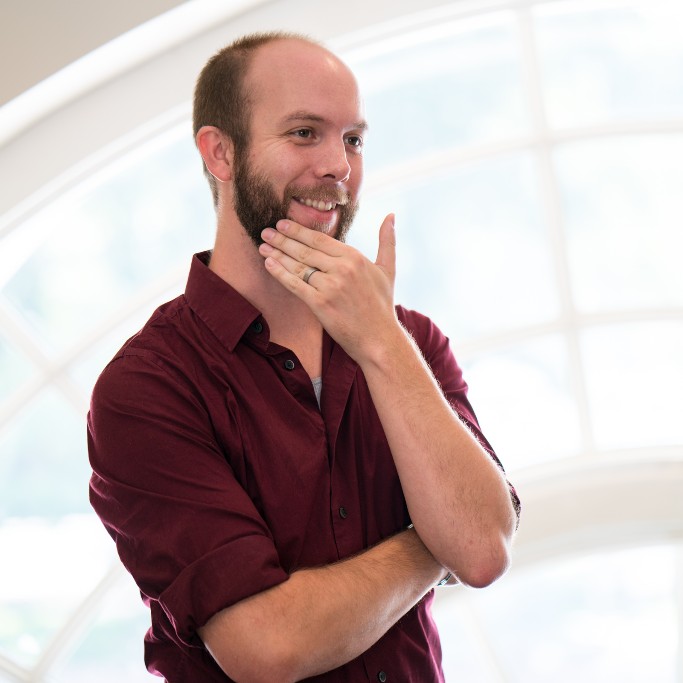 Ben is a doctoral candidate in the Mediterranean Art and Archaeology program of the McIntire Department of Art and Architectural History, completing his dissertation on non-elite houses and urbanism at Pompeii under the guidance of Professor John Dobbins. A lifelong student of Classical languages, history, culture, and art, Ben took his BA in Classics from UNC-Chapel Hill in 2008 and his MA in Classical Archaeology from the University of Arizona in 2012. Over the past decade Ben has worked on excavations throughout Italy, including the Etruscan site of Poggio Civitate, the Roman cities of Pompeii and Ostia, as well as the Hellenistic city of Morgantina in Sicily. He is also one of the founding members of the Ostia Connectivity Project, examining social connectivity of the cult landscape of Rome’s port city, and has worked with the Harvard Yard Archaeological Project, building 3D models of active trenches to be used by undergraduates both in the classroom and in Augmented Reality platforms on campus. At UVA, Ben is a Jefferson Fellow of Art History, and helps represents the University of Virginia at the Archaeological Institute of America as a member of the Geospatial Interest Group.

Ben’s Project Incubator Fellowship is a two-parter. In pursuit of rounding out his dissertation work, Ben has transformed his GIS data and cartography of Pompeii into a webmap through consultation with our GIS specialists. This map details the long-overlooked number of non-elite, or middle- and lower-class houses which made up the lion’s share of the city’s urban composition, and identifies never-before-seen patterns of clustering and dispersal that indicate discrete neighborhoods throughout the ancient city. In pursuit of his excavation work and aided by the expertise of the Scholars’ Lab’s own 3D specialists, Ben has also built a Virtual Reality experience of the agora at Morgantina, drawing on the work of multiple teams on site to recreate the city’s marketplace as it would have been in the 4th Century BCE. This platform provides an innovative space in which to visualize the ancient world and embed short lessons about archaeology and Greek life for students and amateurs alike. 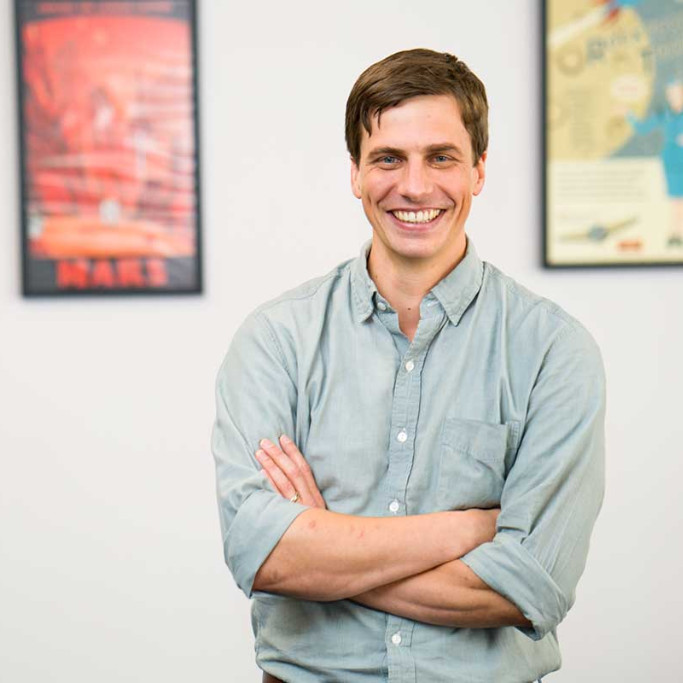 Joey Thompson is a PhD candidate in 20th Century U.S. history. His dissertation, “Sounding Southern: Music, Militarism, and the Making of the Sunbelt,” uses popular music to analyze the cultural and political impact of the military-industrial complex on the U.S. South after World War II. He argues that music offers a way to hear people working out the meanings of race, politics, and region in response to the South’s economic reliance on defense spending as it transformed pockets of the Deep South and Southwest into islands of white Sunbelt prosperity. “Sounding Southern” follows a variety of performers, from the nationalistic themes of Cold War country music singers to the revolutionary politics of Gil Scott-Heron, to reveal how different artists and genres have voiced ways for audiences to imagine their relationship to the defense spending strategies that remade the nation’s political culture in the late twentieth century.

Through the Digital Humanities Prototyping Fellowship, he has experimented with ways to integrate sound and spatial analysis for public history projects. This work links visualizations of sound wave files to specific points on a map in order to direct users’ attention to the geographies of popular song. The project also integrates images of archival materials in order to triangulate between sound, space, and the material record and create an immerse experience through a digital platform.