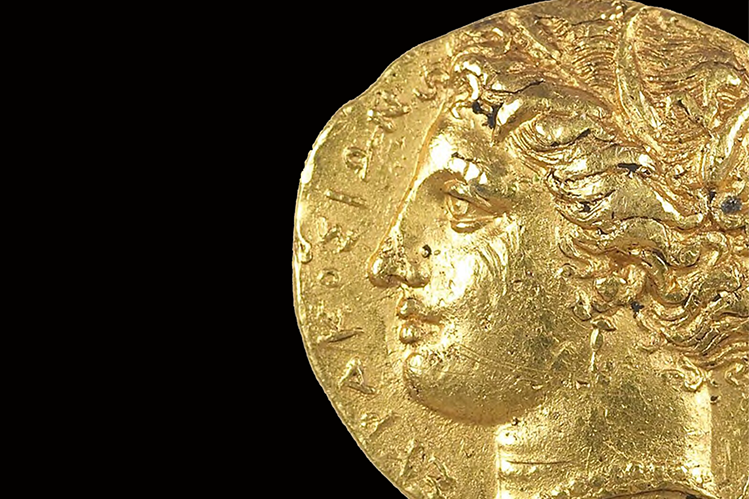 The The University of Virginia Art Museum Numismatic Collection features nearly 600 coins of Greek and Roman origin. The coins were generally acquired in small lots that were purchased or donated from 1987-2001, but larger groups of coins belonging to English hoards were also acquired, including 51 from the Normanby Hoard and 302 from the Oliver’s Orchard Hoards. About 450 of the total number of coins are from the Roman Republic or Empire, providing a broad sample of coins from the late 3rd century B.C. to the late 3rd century A.D., particularly from the Crisis of the Third Century–including more than 100 coins from the breakaway Gallic Empire of A.D. 260-274.

Many of the coins belonging to the U.Va. Art Museum are in poor condition, but digitization provides access to those coins that are too fragile to be handled by students and scholars of numismatics. In October 2007, funding was received from the University of Virginia Library to work in conjunction with the Art Museum and a Roman Numismatics class taught by Professor John Dobbins in the Classical Art and Archaeology program, and scanning of the coins in the Art Museum commenced shortly thereafter. The coins were scanned at 2000 DPI by Digitization Services, the department that creates and maintains new library content, providing a very fine quality image–one that provides superior detail than what can be seen with standard museum-issued magnifying glasses. Equally important to scanning the coins for preservation is to provide access to the images. The collection was described in Encoded Archival Description (EAD), with several coin-specific adaptations to describe physical attributes such as legends and iconography. This project appears to be unique in its application of EAD to numismatics. In addition to EAD’s capability of describing the physical attributes of each object in the collection, administrative history, essays, and index terms can be encoded in XML to create completely comprehensive metadata for those students and scholars of numismatics to use as a tool in their research.

With the back end of the numismatic collection described completely in EAD by subject specialists, the Apache server applications Cocoon and Solr were adapted to create an aesthetically pleasing interface with the ability to conduct complex faceted queries to search, sort, and browse data in ways that are unique to numismatic websites.  The guidelines for adapting EAD to numismatics has so far been adopted by one other institution, and the site was selected as the ALA Digital Library of the Week in December 2008.  In 2009, John Dobbins became a fellow of the American Numismatic Society for the project’s contribution to the study of numismatics.