One thing we have thought about in recent weeks is the role of Prism in our goals for the semester.  As part of this brainstorming I wanted to share some of my thoughts about a potential future for Prism.

What I was most interested in is how we can use images with Prism.  Images call for a different type of literacy that is potentially more accessible and inviting.  Specifically I am interested in looking at historical photographs as texts to interpret through crowdsourcing.  For example, this photo is an image used in a colleague’s work. 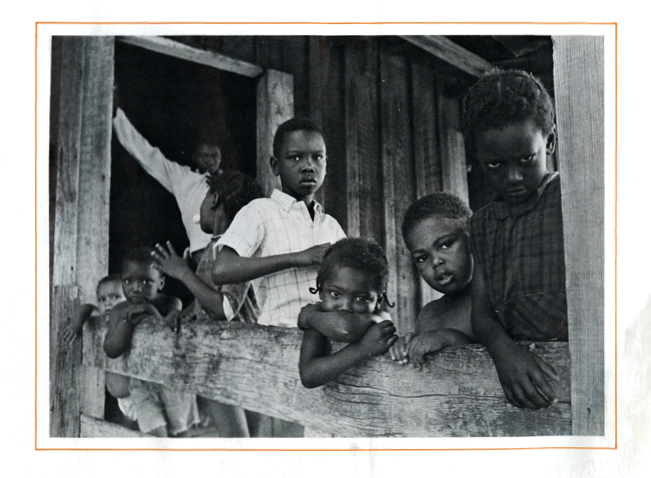 This image, used by the Southern Rural Action Inc., was taken in Georgia in the 1970s.  However, little of this information is self-evident in the photo.  What I would be interested in finding out is what viewers, both those educated in Southern African American history, and those viewers who may only know Southern African American history through popular culture.  Offering both these groups a forum to analyze these photos will serve a few goals.  First, it can illuminate the role of Southern African Americans in the imaginary of those who examine the image through Prism.  Second, the call for audiences to bring an analytical eye to bear will hopefully expose the constructed nature of photographs.  Hopefully it will show how photographs are deployed for political ends and are not neutral snapshots of a moment in time.

What I imagine is the viewer being introduced to an un-annotated photograph where they can respond to questions like:

After completing their own analysis the viewer can go on to see the bibliographic information of the photo (the who, what, when, where) and additionally the analysis of a specialist on the topic.  This layer of annotation could include a more discursive analysis of the image that can expose layers of meaning in the photo.

This is just one idea and I look forward to seeing what is possible!