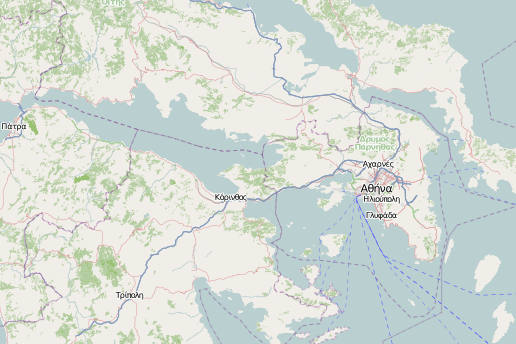 Mapping the Catalogue of Ships
When:
2011-(before 2018)
Work type:
Collaborations

The Scholars’ Lab is using geospatial technology to assist Classics professor Jenny Strauss Clay in testing her theories about the relation of ancient geography to mnemonic devices and poetic form. Least-cost path analysis in GIS, coupled with literary analysis of the nearly 190 place names mentioned in Homer’s Catalogue of Ships, also holds promise in helping to identify lost archaeological sites.

Professor Clay argues that the Catalogue of Ships can be mapped as an itinerary, or more precisely, three itineraries that traverse most of Greece. The theoretical basis for the project is already complete. Clay’s recent book, Homer’s Trojan Theater (Cambridge University Press, 2011), argues that Homer was able to recite the Catalogue by creating a mental journey that used the mnemonic techniques involving loci or places, well known from ancient rhetorical writers. By envisioning a series of places, Homer could mentally walk – or sail – through Greece and produce a detailed catalogue. Our project will reproduce that journey by showing that the itinerary described follows the natural contours of Greek geography and the patterns of early Greek urban organization.

Collaborators include Ben Jasnow and Courtney Evans, graduate students in Classics and past contributors to the Trojan Theater project. They are assisting with GIS analysis under the guidance of Chris Gist and Kelly Johnston of the Scholars’ Lab. Wayne Graham and other members of the Scholars’ Lab R&D division are creating a presentational framework for our maps and text, and Jeremy Boggs is our lead designer. Bethany Nowviskie is guiding and coordinating the project.